No new high-level trade talks have been scheduled between the United States and China but the two sides remain in touch about implementing a Phase 1 deal, the White House Chief of Staff said; U.S. President Donald Trump earlier told reporters during a visit to Yuma, Arizona, that he had postponed an Aug. 15 review of the trade agreement signed with China in January given his frustration over Beijing’s handling of the coronavirus pandemic. 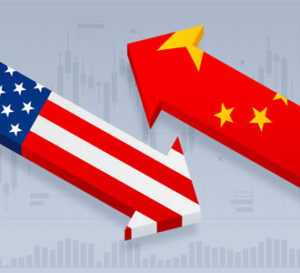 The 6 to 10 day forecast for the Midwest continues with mostly light rainfall for the region as models are mixed with coverage and rainfall amounts; temps run from below to above average over the period.

U.S. lawmakers and state officials from Iowa said on Tuesday that much of the state’s corn crop will not be harvested following a fierce windstorm last week, as President Donald Trump visited to review the damage; the destruction from the Aug. 10 derecho storm compounded troubles for a U.S. agricultural economy already battered by extreme weather, the U.S.-China trade war and disruptions to labor and food consumption from the COVID-19 pandemic.

Manitoba crop report: Winter cereal harvest is over half done, while spring wheat harvest has begun in much of the province; pre-harvest applications are occurring as necessary in the Southwest and Northwest; rainfall over Manitoba was variable this last week; high amounts in the Eastern and parts of Central regions, while moderate amounts in the Interlake, Northwest and Southwest were beneficial; reported cereal yields to date have been average to slightly below average, given stresses faced by all crops this spring; overall harvest is 5% complete.

Chinese buyers struck deals to buy 195,000 tons of American corn, the U.S. Department of Agriculture said on Tuesday, as China grapples with spiking domestic prices; China’s demand for corn to feed animals has increased as its pig herd has rebounded more quickly than expected from a deadly swine disease first detected in the country two years ago; chicken producers are also pushing ahead with aggressive expansion plans; Chinese corn inventories have dwindled following years of government efforts to whittle down a previously massive stockpile.

China’s early rice output in 2020 rose from last year due to a significant increase in planting acreage, the statistics bureau said, even as flooding and rains in the southern part of the country affected yields; China produced 27.29 million tons of early rice in 2020, up 3.9% from the previous year, as various steps pushed farmers to grow more of the grain and favorable weather during spring planting season facilitated output

Indigenous protesters blocked a key Brazilian grain highway again on Tuesday evening after a six-hour pause to allow a long line of trucks carrying corn to pass, and plan to stay there for another 24 hours before obeying a court order to leave.

Argentina’s government is weighing a cut to export taxes for processed soybean products; the Agriculture Minister said that a tax cut for soy meal and oil was being analyzed.

With around 42.4 million tons, grain harvest in Germany in 2020 was expected to be almost 5 percent below the last five years’ average, the German Farmers’ Association (DBV) said.

Euronext wheat fell on Tuesday after rising to its highest since July a day earlier in a rally fueled by strength in U.S. corn and technical adjustments in spot Paris prices; December milling wheat unofficially closed down 1.50 euros, or 0.8%, at 181.00 euros ($216.01) a ton, after climbing on Monday to 182.50 euros, its highest since July 31; front-month September futures shed 2 euros to 182.75 euros, easing back from a three-week peak of 185.00 euros touched a day earlier.