Malaysian palm oil prices were down 65 ringgit at 2,942 (basis December) at midsession weakened by falling global equities, weaker Dalian vegoil prices, and new fears of Europe restrictions over the pandemic.

South America Weather Forecast: Weather outlook in most production regions is unchanged; showers and a few thunderstorms are still expected in center west and center south Brazil tonight and Wednesday which will begin to moisten the topsoil moisture a little; greater rainfall will be needed though to promote better flowering conditions.

The first two of 16 U.S. Crop Watch fields were harvested last week, though for the most part, the producers report that harvest activity has been on the lighter side and will likely ramp up in the coming days; warm and dry weather across most of the Corn Belt this week will aid in the effort.

The White House has dropped a plan to provide funds from the U.S. Department of Agriculture to oil refiners that are denied exemptions from the nation’s biofuel regulations; the Trump administration was considering doling out at least $300 million in cash to the facilities, potentially from the USDA’s Commodity Credit Corporation, triggering an outcry from Midwest lawmakers who argued the money should be used for farmers, not the oil industry. 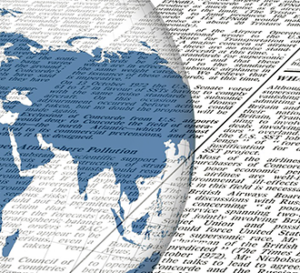 China has nearly exhausted its reserves of frozen pork, according to new estimates that underscore the supply shortfall in the world’s top protein market two years after the arrival of African swine fever; the level of reserves is a state secret in China, the world’s number one producer, consumer and importer of pork; but Enodo Economics, a London-based consultancy focused on China, estimates that reserves fell by about 452,000 tons between September 2019 and August this year; China has less than 100,000 tons of pork reserves remaining; at this rate, within two to three months they’ll be out.

High soy prices are expected to support planting in Argentina this season, but that will be balanced by dry weather, which is driving farmers across the Pampas grains belt to favor late-season corn, which also has attractive prices; the grain, which is the country’s main cash crop, competes with corn for planting area in Argentina late in the year; corn planting starts in September, soy in October; but by waiting to plant corn in November and December, farmers are betting they can benefit from an increase in showers expected toward the end of the year; dryness has been an issue for Argentine wheat crops over recent months, prompting growers to be risk averse as they make soy versus corn sowing decisions.

Russian wheat export prices rose for the fourth week in a row last week on strong demand from Turkey, Egypt and other major importers and higher Chicago wheat prices; Russian wheat with 12.5% protein loading from Black Sea ports and for supply in October was at $235 a ton free on board (FOB) at the end of last week, up $11 from the previous week, agriculture consultancy IKAR said; Sovecon, another Moscow consultancy, pegged wheat up $6 at $228 a ton at the end of last week.

Soft wheat exports from the European Union and Britain in the 2020/21 season that started on July 1 totaled 4.14 million tons by Sept. 20, official EU data showed; that was 38% below the volume exported in the previous 2019/20 season

European milling wheat futures fell on Monday, pulling back after hitting five-month highs last week and pressured by falling U.S. markets; front month December was down 0.5% or 1.0 euro at 193.50 euros ($227.17) a ton.

India has raised the price it will pay to buy new-season wheat from local farmers by 2.6% to 1,975 rupees per 100 kg to placate farmers and encourage them to step up planting that begins next month.

By contrast, palm oil shipments to China during 01-15 September declined to 111 thousand tons, down by 39% versus their levels in 01-15 August at 181 thousand tons.