Overnight trade has SRW Wheat down roughly 3 cents, HRW down 3; HRS Wheat down 2, Corn is down 2 cents; Soybeans unchanged;  Soymeal up $0.50, and Soyoil down 5 points.

U.S. Weather Forecast: The 6 to 10 day forecast for the Midwest sees light to moderate rains falling in most of the region with the lighter amounts falling in the northern sections of the Midwest and the Ohio River Valley. Temps will be running below average. The Southern Plains over the 6 to 10 day period sees little to no rainfall with light rains possible in the eastern sections of the region

Europe/Black Sea Region Forecast: Europe rainfall during the weekend increased as expected with precipitation noted from western Ukraine, Poland and parts of Romania west to France, far northern parts of Spain and Belgium; Rain is expected to fall additionally over the next ten days in most of Europe. Ukraine will get enough rain in the coming week to ten days to support planting. Russia weather over the next ten days will be drier biased except near the Baltic States, Belarus and Ukraine borders where some rain is expected.

Soy prices in Brazil neared an eight-year high this week, after robust exports left the country with low stocks just as planting for the 2020/2021 season begins, according to data from University of Sao Paulo’s Cepea research center

A labor union representing Argentine grains port workers said on Sunday it would stage a 24-hour walk-off from midnight after failing to strike a deal on a collective work agreement with the business chamber that represents private port owners; the URGARA union, which represents inspectors who check the quality of grains before they are loaded onto ships, called on its workers to “cease all … activity in ports throughout the country; URGARA’s workers are critical to the operation of ports and shipment of grains from Argentina.

Russia badly needs rains to arrive within the next few weeks as its farmers continue to sow winter wheat for the 2021 crop in dry soil, Sovecon agriculture consultancy said; despite dry weather, Russian farmers have already sown winter grains on 60% of the planned area, or on 11 million hectares, broadly in line with the same date a year ago; the topsoil is dry, and crops are running out of time needed for their development before winter; it is a bad setup for the 2021 crop but not a disastrous one as of yet.

Russia’s September exports of wheat, barley and maize (corn) are estimated at 5.58 million tons, up from 5.10 million tons in August, the SovEcon agriculture consultancy said.

Russian wheat export prices fell slightly last week, putting the breaks on one month of growth, due to lower Chicago wheat prices and rouble currency trading near the six-month low against the dollar; Russian wheat with 12.5% protein loading from Black Sea ports and for supply in October was at $233 a ton free on board (FOB) at the end of last week, down $2 from the previous week, agriculture consultancy IKAR said; analysts at Refinitiv pegged wheat at $235 a ton, down $0.5. 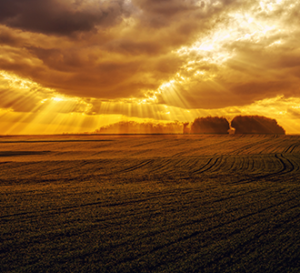 Ukraine has harvested 37.6 million tons of grain from 10.3 million hectares, or 67 percent of the sown area, Ukraine’s economy ministry said.

It said farmers had collected 2.2 million tons of corn after threshing 486,000 hectares, or 9% of fields planted with this crop; Ukraine started corn harvest in mid-September.

Stable demand from importers and concern over the winter harvest have continued to support Ukraine’s 2020 milling wheat export prices which added around $6 per ton over the last week, APK-Inform agriculture consultancy said; Ukrainian 12.5% protein wheat prices rose in the first half of the past week but then lost few dollars and stood at $231-$235 per ton on a free-on-board (FOB) Black Sea basis at the end of the week; lower quality 11.5% protein wheat cost between $230 and $234 per ton FOB Black Sea.

Ukrainian sunflower oil export prices lost $140-$160 per ton over the last week due to a global downward trend and a jump in supply of sunoil from new 2020 sunseed harvest to the local market, consultancy APK-Inform said; bid-ask sunoil export prices fell to $865-$910 per ton FOB Black Sea for October delivery; the economy ministry of Ukraine said earlier this month the country’s 2020 sunseed production could fall by 8.5% to 14 million tons from 15.3 million tons in 2019.

Kazakhstan is likely to export 6.7 million tons of wheat and wheat flour in the current season, up from 6.6 million in the previous season, thanks to higher crop quality, the Kazakh Grain Union board said; the Central Asian nation which has almost completed its harvesting campaign will produce 11.6 million tons of wheat in clean weight, Malov told a grain union conference, up from 10.8 million tons last year.

Coceral has cut its forecast of this year’s maize harvest in the European Union plus Britain to 62.8 million tons from 64.6 million projected a month ago, the grain trade lobby said, citing the impact of hot, dry weather.

The German government is considering aid to farmers after prices fell following the discovery of African swine fever (ASF) in wild animals the country, Germany’s agriculture minister said; state aid could come in the form of subsidized storage of unsold pork or financial support for farms.