U.S. Weather Forecast: The 6 to 10 day forecast for the Midwest has mixed ideas from the models. Both have rains across the region Tuesday/Wednesday with the GFS keeping rains in the east through Thursday. The GFS has good rains across eastern IA into northern IL/IN and much of the lower part of MI, some heavy rains are seen for central IL. The European model sees moderate rainfall favoring the western Midwest with light rains elsewhere. Temps will be falling to below average by the weekend and the first half of next week. The 11 to 16 day outlook for the Midwest has average temps and below average precip for the region.

US ethanol inventories are on the rise, the EIA says; for corn traders, the report is bearish, as it indicates that a post-coronavirus recovery to the ethanol industry is on hold; for inventories, this week’s figure is the highest they’ve been since mid-June.

An historical cash infusion into the US farm economy will spare farmers and ranchers from falling income from commodity sales spurred in part by the coronavirus pandemic; cash receipts for farm goods are expected to drop more than 3% this year, led by an 8% decline in receipts for broilers, cattle and calves, hogs and milk; receipts for corn, wheat, cotton, and soybeans are also expected to drop, while receipts for fruits and nuts will rise; but a record $37B in payments from the Trump administration will boost farm income, and push payments to 36% of that income, the highest share in nearly two decades. 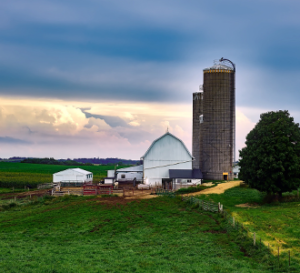 Net farm income is projected to top $102.7 billion in 2020, USDA’s Economic Research Service reported; if that carries out, it would be the highest income for farmers since 2014; a main driver of the higher income is a spike in direct government payments to producers.

Despite the pandemic, or because of government response to it, the U.S. farm sector is projected to have stronger income for 2020 than a year ago; the latest projections for U.S. net farm income for 2020 show a nearly 23% increase from 2019 levels due to higher government payments to farmers and lower interest expenses, USDA’s Economic Research Service reported; net farm income, considered a broad measure of profits, is forecast to increase $19 billion in 2020 to reach $102.7 billion; if numbers hold, 2020’s net farm income will mark the first time since 2014 that the sector broke the $100-billion mark, climbing out from 2016’s low of $66.7 billion.

Global food prices rose for a third consecutive month in August, as demand continued to strengthen after the blow of the coronavirus, aided by a weaker dollar, the United Nation’s Food and Agriculture Organization said; the FAO’s monthly food price index–which tracks a basket of the most common foodstuffs such as grains, vegetable oils and meat–rose 2% from July to 96.1 last month; that was its highest level since the early days of the pandemic in February 2020.

China’s piglet prices hit another new high at CNY108.72 a kilogram, which is up 127% on year, says Asia commodity analyst at StoneX; piglet prices remain elevated due to demand, as farms try to restock following a huge cull in pigs due to the African swine fever outbreak in China; live hog prices in China have slowly trended lower since July, but prices are still elevated and only down about 3.9% from the high in mid-July.

Russia is expected to harvest the grain crop of 122.5 million tons this year, the Agriculture Minister said; the forecast is unchanged from the one the ministry provided in July. Russia has harvested 101.3 million tons of grain before drying and cleaning from 67.4% of the area with an average yield of 3.13 tons per hectare, data from the agriculture ministry showed