Malaysian palm oil prices were up 29 ringgit at 3,831 (basis June) at midsession supported by better exports and a tight supply outlook.

U.S. Weather Forecast: Notable drought conditions in central and western North Dakota, northwestern South Dakota, and northeastern Montana will likely continue through at least the next two weeks. Last evening’s GFS model run was similar to the midday GFS model of showing some rain and snow shower activity in this area Saturday through Tuesday; however, not enough is expected for there to be a dent in the drought or substantial rise in soil moisture.

Last evening’s GFS model run was also consistent with significant rain events occurring in the southern half of the Delta Wednesday into Saturday. The significant rain will extend into Alabama and western Georgia.

South America Weather Forecast: In Brazil, there continues to be a need for significant rain soon from Mato Grosso do Sul into Sao Paulo due to dryness leading to an increase in crop moisture stress. Some shower and thunderstorm activity will occur in this area Saturday through next Tuesday; however, follow-up rain will be important in week 2 of the outlook and this rain may not be very great.  In Argentina, conditions will continue to be good for late maturing summer crops.

The player sheet had funds net sellers of 1,000 contracts of SRW Wheat; were net even in Corn; net bought 4,000 Soybeans; net even in Soymeal, and; bought 2,000 Soyoil.

Wire story reports fireworks erupted last week for Chicago corn and soybean markets with surprising planting numbers from the U.S. government. However, what is typically the wildest report day of the year still lies ahead, just under three months away. The end-of-June U.S. Department of Agriculture reports, which include June 1 U.S. stocks and acreage, have typically led to the most volatile days on the CBOT. These reports can be tricky to predict and June 30 falls in the thick of the U.S. summer weather market, likely adding fuel to the fire. USDA has 15 major report days per year: 12 monthly supply and demand reports (WASDEs) coupled with crop production, and four quarterly grain stock reports of which two coincide with acreage surveys. But that totals to only 15 since Dec. 1 stocks are published on the same day as the January group of reports. Most-active CBOT corn futures have risen the daily limit twice already in 2021 on USDA report days, Jan. 12 and March 31. Last week’s reports are typically the second-most eventful of the year in terms of price action, and they did not disappoint this year as the market critically overestimated U.S. corn and soybean planting intentions. 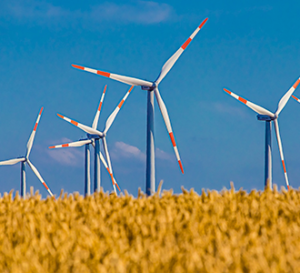 Brazil’s second corn yields will fall by an estimated 3.6% this year, as most growers were forced to sow the cereal outside the ideal climate window after delays in the soy harvest, according to a presentation by agribusiness consultancy Agroconsult. If the projection is confirmed, second corn growers will harvest an average of 91.6 60-kg bags per hectare in 2021. In Agroconsult’s base scenario, Brazil’s second corn output is expected to grow by 3.5% to 78.3 million tonnes in 2021, driven by growth of 7.3% in planted areas.

Meanwhile Brazilian farmers will reap a record volume of soybeans despite weather-related challenges throughout the 2020/2021 season. It also rose its projection for Brazil’s soy exports to 85 million tonnes in the year. Farmers are poised to harvest an estimated record of 137.1 million tonnes of the oilseed this season, representing an 8.5% rise from the previous season’s harvest.

Brazil’s centre-south sugar production is projected to fall to 35.05 million tonnes in the 2021/22 season that started this month, 3.25 million tonnes less than mills produced in the previous season, Archer Consulting said.

European Union soybean imports in the 2020/21 season that started last July had reached 11.20 million tonnes by April 4, data published by the European Commission showed. That compared with 10.96 million tonnes cleared by the same week last season

Nearby wheat futures on Euronext fell on Tuesday to a new low for this year as tepid end-of-season demand and favorable prospects for northern hemisphere harvests continued to weigh on the market. Front-month May milling wheat settled down 3.50 euros, or 1.7%, at 205.75 euros ($243.79) a tonne. It earlier fell to 205.00 euros, its weakest since Dec. 22 and below a previous 2021 low of 207.25 euros struck on Thursday before a four-day market closure for Easter.

Learn more about the April 9 USDA report with Steve Freed’s written and video analysis as well as our USDA Report Infographic.