Brazil Grains & Oilseeds Forecast: Rio Grande do Sul and Parana Forecast: Scattered showers through Friday, north Saturday. Temperatures above normal through Thursday, near to below normal Friday-Saturday. Mato Grosso, MGDS and southern Goias Scattered showers through Saturday, especially west. Temperatures near to above normal through Friday, near normal Saturday.

World May Have to Cut Biofuel Use on Tight Vegoil Supply: Mielke

Governments may need to scale back their biodiesel mandates as global vegetable oil supplies are tight, Thomas Mielke, executive director of Oil World, said at an industry conference in Kuala Lumpur.

Palm oil output in top growers Indonesia and Malaysia below expectations from Oct. 2021 to March 2022

Cooking oil is in short supply in Indonesia due to panic buying as households are purchasing more than they need, Togar Sitanggang, vice chairman of Indonesian Palm Oil Association (Gapki), said in pre-recorded speech at a conference.

Indonesia to Increase DMO Requirement for Palm Oil to 30%: Lutfi

Indonesia, world’s top palm oil producers, will require exporters to allocate 30% of their shipment volume for local supply, rising from the current 20%, according to Trade Minister Muhammad Lutfi in a briefing on Wednesday.

CPO PRICES EXPECTED TO DECLINE IN SECOND HALF OF 2022 — DORAB

Crude palm oil (CPO) futures on Bursa Malaysia Derivatives for the third month and September 2022 are expected to decline to RM5,000 per tonne and RM4,000 per tonne, respectively, as demand slows down and production picks up, according to Godrej International Trading &amp; Investments Pte Ltd.

Its director Dorab Mistry said India, the largest consumer of Malaysian palm oil, is expected to reduce its imports by one million tonnes this year as the South Asian nation shifts to soybean oil.

Crops office FranceAgriMer raised its estimate for French soft-wheat exports to 17.6m tons, versus 16.8m tons seen in February, it said in a report on Wednesday.

Farmers in Argentina have sold 16.6 million tonnes of corn during the 2021/22 season as of March 2, the Ministry of Agriculture said on Tuesday.

According to the Ministry, the country recorded a 687,500 tonnes of corn sold between Feb. 23 and March 2, two times the volume registered in the same period one year ago, boosted by the conflict between Russia and Ukraine that has cut the global supply of the grain.

The country’s farmers are beginning to harvest the 2021/22 cereal, whose harvest is estimated at 51 million tonnes by the Buenos Aires Grains Exchange.

Late last year, the Argentine government placed a limit on corn exports for the 2021/22 cycle of 41.6 million tons in an attempt to control high domestic food prices.

For the 2021/22 soybean cycle, Argentine farmers have sold 9 million tonnes of the oilseed, whose harvest will begin in the coming weeks. On the same date last season, the sales volume had been 11.1 million tonnes.

The Grains Exchange estimated soybean production for the current campaign at 42 million tons.

Foreign exchange from agricultural exports is essential for Argentina’s battered economy, which is only now beginning to grow after more than two years of stagnation that was aggravated by the effects of the pandemic.

Japan’s farm ministry says the government is raising the prices of imported wheat it sells to private companies by an average of 17.3% to 72,530 yen/ton for the April-Sept. period compared with the previous 6 months.

Edible oil imports are seen at 8.53 million tonnes, down from February’s forecast of 9.3 million tonnes, the Ministry of Agriculture and Rural Affairs said in its crop report released on Wednesday.

Estimates on all other key crops surveyed in the report remained unchanged, although it noted that high wheat prices will reduce use of the grain in animal feed, supporting demand for corn from a large hog herd.

The market is also expecting good demand for domestic soybeans, according to the Chinese Agricultural Supply and Demand Estimates (CASDE), which forecasts a domestic soybean price of between 5,800 yuan ($918.07)and 6,000 yuan, 500 yuan higher than last month.

The U.S. Customs and Border Protection have seized four shipments of palm oil worth $2.5 million in Baltimore since Feb. 11 after finding indicators of forced labor, according to a statement on Tuesday. 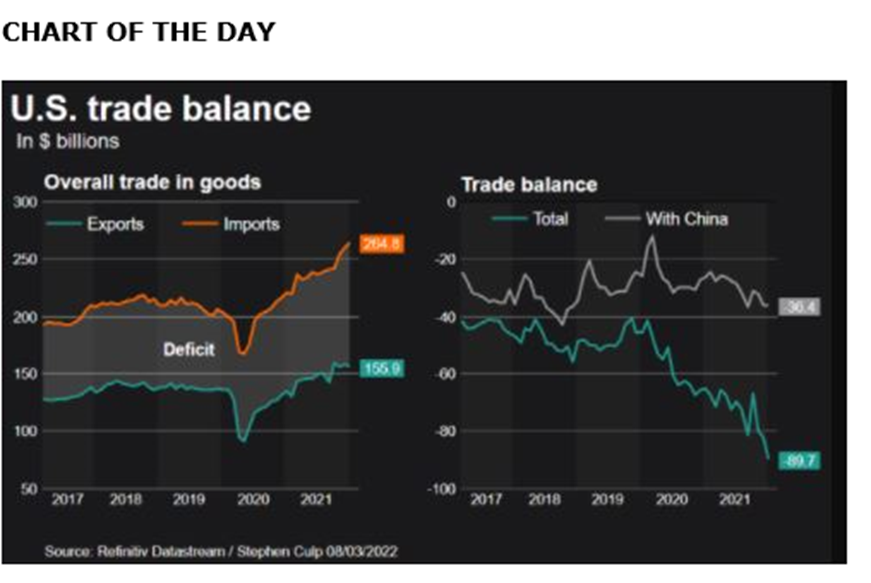 Learn more about the June 30 2022 USDA stocks/acres report with Steve Freed written and video analysis as well as our USDA Report Infographic.

Learn more about the June 10 2022 USDA supply/demand report with Steve Freed written and video analysis as well as our USDA Report Infographic.