Global Ag News for May 4

Chinese Ag futures are closed for holiday until Thursday.

U.S. Weather Forecast: Last evening’s GFS model run still advertised notable precipitation from Montana into South Dakota and southwestern North Dakota in week 1 of the outlook through next Monday; though, this evening’s run was wetter in southern Montana Saturday into Sunday.

South America Weather Forecast: Concern remains of dryness in Safrinha corn areas of Brazil. Dryness is likely across most of this area through the next ten days to two weeks, especially since the monsoon has ended. Last evening’s GFS model run did try to suggest some rain in this area May 13 – 15 due to a frontal boundary.

Wire story reports anyone having a quick look at commodity prices could easily think we’re in the middle of the kind of commodities supercycle last seen in the China-driven boom in the aftermath of the global financial crisis. While iron ore is the flag carrier for the boom in resource commodities – prices are at record levels – but oil, copper, nickel, cobalt, lithium and even coal have rebounded quite dramatically from their pandemic lows. Copper is back at 2011 levels. There’s also a boom occurring in agricultural commodities. Wheat, corn, other grains and soy prices are at six-year highs and cotton and live cattle prices have bounced back strongly from their pandemic lows. The sheer strength of the price movements raises the question of whether there has been a structural change in commodity prices – a new supercycle – or something more cyclical. The answer probably lies in a mixture of the two.

The U.S. Environmental Protection Agency filed a motion to vacate three waivers given by the previous administration to Sinclair Oil Corporation refineries that exempt them from biofuel blending mandates. In the motion, the EPA said that the agency under the Trump administration did not analyze whether Sinclair’s refineries would have qualified to receive the exemptions according to a court ruling from January 2020.

U.S. pork processor Seaboard Foods wants to pursue a 10-1/2-month delay to a federal court decision that would force it to slow the speed of hog slaughtering at a massive Oklahoma pork plant, according to court documents. The second-biggest U.S. pig producer seeks to intervene in the line speed case after a federal judge ruled against a Trump administration policy allowing pork plants to run slaughter line speeds as fast as they want, as long as they prevent fecal contamination and minimize bacteria.

U.S. agriculture giant Cargill and French biotech firm InnovaFeed said they aim to feed 20 million piglets with insect oil by 2026 as part of a wider alternative protein deal. Insect feed has become an increasingly popular alternative in agriculture and aquaculture as demand for animal feed surges, pushing feed grain prices higher, and as more companies work toward reducing their carbon footprint. Cargill and InnovaFeed announced a first agreement in 2019, initially focusing on fish feed. The expansion of this partnership will include more species, starting with the use of oil derived from insects for pig feed,” the companies said.

Global grains merchants are using satellites and spies to surveil Brazil’s soybean heartland and deploying an army of lawyers to ensure farmers deliver promised crops instead of finding a different buyer at prices that have doubled since deals were made. At stake are billions of dollars and the sanctity of crop contracts in Brazil, the world’s top soy exporter accounting for roughly 50% of the global trade. Soybeans have rallied to an eight-year high and Brazil soy exports have soared in particular, especially to China, which needs feed to rebuild a pig herd devastated by African Swine Fever. If farmers deliver, traders make the profits. If farmers can break their deals, they could double their income. 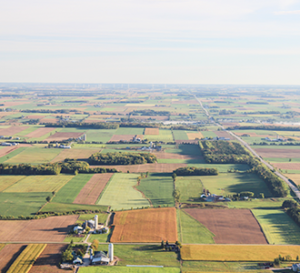 Brazilian sugar cane processors are likely to give an unprecedented preference to sugar over ethanol in their industrial strategies in the new season as they try to avoid a larger decline in the production of the sweetener. According to fresh estimates on Monday, mills in Brazil’s center-south (CS) region could earmark the highest percentage of cane for sugar production since 2012, at 48.2%, said JOB Economia consultancy analyst Julio Maria Borges. Most Brazilian mills have flexibility in cane allocation between sugar and ethanol, a decision they take depending on market prices and their sales commitments for the products.

Agricultural markets research firm SovEcon on Monday revised up its forecast for Ukraine’s 2021 wheat crop to a record 28.6 million tonnes from the previous estimate of 27.8 million tonnes and 24.9 million tonnes harvested in 2020.

European wheat futures fell in late trade on Monday, giving up earlier gains as U.S. wheat markets in Chicago dropped along with export-punishing strength in the euro. September milling wheat unofficially closed down 4.00 euros, or 1.8%, at 215.25 euros ($259.48) a tonne. The contract earlier on Monday hit 224.75 euros on expectations high U.S. corn prices could create more demand for wheat for animal feed.

As previously forecasted by Refinitiv trade flow models, Egypt imported about 592,107 tons of soybeans in April 2021, a substantial increase of 120% from the previous month. This is the third biggest monthly soybean imports into Egypt since 2017/2018 season (October/September). As a result, Egypt’s soybean imports for the first seven months of the current marketing year totaled about 2.7 million tons, a 7% increase from the same period last year, and 37% above the three-year average of 1.96 million tons. Meanwhile, Refinitiv trade flow models are forecasting Egypt to import about 651,728 tons of soybeans during the first three weeks of May 2021.

USDA May 12 Supply/Demand Mostly as Expected

Learn more about the May 12 USDA report with Steve Freed’s written and video analysis as well as our USDA Report Infographic.

As a major merchandiser of sustainable crops, engaging with growers is an important part of…

Ag Market View for May 17th

Weekly Market Kickoff For May 17