Corn shipments may total as much as 7.2m tons October, which will be a record for the month based on shipping schedules, according to figures from Brazil’s grain exporter group Anec.

Western Midwest Forecast: Mostly dry through Saturday. Temperatures below to well below normal Wednesday, below normal Thursday, above normal Friday-Saturday. 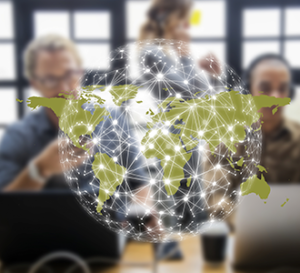 Output and stockpile projections for the week ending Oct. 14 are based on six analyst estimates compiled by Bloomberg.

EU soft-wheat exports in the season that began July 1 reached 10.41m tons as of Oct. 16, compared with 10.46m tons in the similar period a year earlier, the European Commission said on its website.

“Post increased its forecast for soybean planted area to 42.8 million hectares for (marketing year) 2021/22, up previously from 42.5 million hectares. Brazil continues to expand its area due to record high domestic soybean prices. Post forecasts a record harvest at 148.5 million metric tons (MMT), increased from 144 MMT previously with planting starting earlier this year as well. Post increased the export forecast in 2022/223 to 95.7 MMT, an increase from 92 MMT. Post revised imports downwards due to ample supplies, now forecast at 300,000 metric tons (MT) for 2022/23. For 2022/23, Post revised the forecast for soybeans destined for processing upward to a record of 50 MMT based on strong demand for Brazilian soybean products, especially oil.”

Argentine grains producers have sold 69.99% of the 44 million tonne 2021/22 soybean harvest so far, the country’s agriculture ministry said on Tuesday, more than a year earlier even as weekly sales plummeted after a preferential exchange rate for exporters ended.

A year earlier, producers had sold 68.4% of the harvest.

Between Oct. 6 and 12, however, producers sold just 55,000 tonnes of soybean, well below a weekly average of around 1.1 million tonnes in September, when a preferential exchange rate mechanism for soy exporters remained in effect.

Corn planting for the 2022/23 cycle has already started in Argentina, but the Rosario grains exchange has said the sown area is the lowest in six years, as a consequence of harsh droughts and frosts.

Argentina grain inspectors threaten to walk out over company conflict

Argentina’s union for grain inspectors threatened to walk out over disagreements with an agro-export company in protests that could disrupt the country’s critical grains exports sector.

The union, whose members include port workers and technicians who review grains loaded on boats, is in conflict with food exporting company Desdelsur SA over what it says is a breach of a contract.

The union said in a statement it could carry out “surprise measures or direct action” at the country’s ports, including an abrupt walkout by members.

While October sees less traffic than other months in grains exports, a disruption to exports could still be costly for Argentina’s struggling economy, which is highly dependent on the foreign exchange generated by its powerful agro-export industry.

Argentina is the world’s leading exporter of soybean oil and meal, and the third largest exporter of corn.

Currently, Argentina’s ports are not being affected, a source from the Chamber of Private Commercial Ports told Reuters.

Fertilizer Prices Fall as Gluts Emerge After Farmers Pull Back

Fertilizer prices are falling as farmers balking at the high costs of nutrients hold off on purchases, driving down demand and causing gluts that are upending the market for crop inputs.

Fertilizer prices soared to record highs earlier in the year after sanctions against Belarus, a major producer, and Russia’s war in Ukraine fueled soaring prices for crop nutrients. That prompted global fertilizer firms to boost purchases and transport massive amounts of product to avoid supply chain issues and trade restrictions in export markets such as Russia.

Fertilizer stored in a warehouse at a farm near Brasilia, Brazil.

Such moves have led to bloating fertilizer inventories in some key regions and farmers just aren’t buying — a situation that’s now weighing on the market. The turnabout is playing out in both the US, a major fertilizer-buying nation and the world’s top corn exporter, as well as agricultural powerhouse Brazil, the No. 1 soybean supplier.

“Farmers are pulling back on the pricey input,” Bloomberg Intelligence analyst Alexis Maxwell said. “Global ammonia, phosphate and potash demand are all down year to date.”

A weekly index for the common nitrogen fertilizer urea in New Orleans fell 3.2% Friday, extending a monthlong downward trend as US farmers wait to see how low prices might go. Brazilian farmers are also halting purchases, driving prices down as fertilizer piles up.

Those in the fertilizer industry were betting farmers would buy the crop inputs given how high grains prices have been in a world facing shortfalls. But as farmers saw crop prices retreat from highs they moved to curb expenses, revisiting decisions around fertilizer applications, deliveries and the impacts on yields for future harvests. For example, while corn farmers must apply nitrogen every year, those in the US don’t often need to do it in autumn.

Brazil, the world’s largest importer of fertilizers, is facing similar circumstances. The country imported a record amount of fertilizer this year to ensure farmers would have enough inputs to expand their planted areas.

Fertilizer deliveries in Brazil between January and July fell 8.7% from the same period a year ago, according to the Brazilian National Fertilizer Association. The industry group sees deliveries falling between 5% and 7% for the full year.

Meanwhile, Brazil fertilizer prices have plunged by almost half from April’s highs, which is leaving some to wonder how low they can go.