Once again, the treasury market stood up to US economic data late last week that should have forced prices sharply lower. In fact, bond and note prices held in positive territory Friday in the face of a midsession upside breakout in equities in a testament to the resolve of the bull camp and perhaps as a signal of the Federal Reserve’s resolve to “hold rates down”. In retrospect, treasury prices have also discounted distinct price pressures from surging grain prices and the potential for a multiyear upside breakout in copper prices ahead.

While we see the action in the currency markets late last week as a temporary pause in trend action, it is possible that the dollar is poised for a slide back to the late February/early January consolidation lows and recovery currencies to regain some momentum this week. However issues limiting the upside in those recovery currencies (euro, Swiss franc, and British pound) are the troublesome daily infection rate above 300,000 per day in India and signs that US daily infections are still not falling away definitively.

While the equity markets showed choppy two-sided price action in the trade late last week they ultimately regain their bullish footing and forged new highs for the week and would appear to be a delayed reaction to a sweep of positive US manufacturing PMI and housing data. Certainly the stock markets were overbought into last week’s highs, but the correction from that high of 73 points in the S&P appears to have balanced the market and paved the way for the beginning of another wave top. Global equity markets were mixed at the start of this week with declines seen in Pacific rim stocks, and European stocks waffling around both sides of unchanged in the early trade.

Despite a poor finish at the end of last week gold and silver are showing very minor positive action to start out this week and we attribute that to a fresh downside breakout in the dollar. Last week, the precious metal markets correlated with treasuries, but with the fresh downside breakout in the dollar that outside market force could be controlling prices today. Fortunately for the bull camp, the gold market saw several very supportive developments last week. First and foremost, seeing the Chinese move to lessen restrictions for gold imports provides a major potential avenue for demand, but the bull camp should garner additional initial assistance following a downside extension in the dollar last week and what appears to be an ongoing uptrend in bonds (falling rates).

With a very strong finish last week, news that China intends to stimulate domestic consumer demand, news that China is forcing reduced smelting for clean-air purposes and a noted reduction in the net spec and fund long position since the first week of February, the bull camp has a-number-of issues in its favor to start the week. While it is unclear how quickly the Chinese can stimulate domestic demand, that clearly reduces the number of those interested in selling copper.

The bull camp has seen several bullish developments at the start of this week, and yet prices displayed early weakness. In addition to comments from a major oil player in Russia that the OPEC plus deal to restrain production is likely to become a fixture and given a decline in crude oil floating storage of 13% last week, one might have expected prices to have rallied. So far, the financial markets are not concerned that the Indian infection situation will be exported to nearby countries, but energy prices are factoring in some reduction in Indian energy demand. The question becomes just how long will India’s economy be held back by restricted activity, and will world economic sentiment improve despite Indian troubles?

The lack of rain for the Brazil 2nd corn crop has supported corn prices overnight and this helped to support soybeans. July soybeans managed to post a new contract high this morning and Friday. The market closed 93 1/2 cents higher for the week and remains extremely overbought and the rally has been led by soybean oil. July soybean oil closed lower on the session Friday after trading to a contract high and the key reversal might be seen as a short-term bearish force. The market hit a new contract high early this week, and a higher close is now needed to avoid technical selling. A more normal outlook for precipitation and temperatures for the Midwest for the next two weeks should help the crop get planted very quickly. Missouri and the southern half of Illinois and Indiana look to receive 1 1/2 to 3 inches of rain in the next five days. 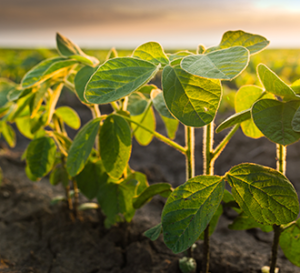 Most of the central growing regions for Brazil corn look to be near completely dry over the next 10 days and this forecast sparked strong buying overnight. Given the extreme overbought condition of the market and a less threatening Midwest forecast, the market is vulnerable to a significant correction “if” the Brazil forecast changes but if not, significant crop damage is possible. The lack of rain in the forecast for Brazil is a bullish force. Crop conditions in Brazil have been deteriorating in the last several weeks, and another dry week could spark increase concerns for the crop. Traders are already adjusting their Brazil corn crop estimates lower. For the week, July corn finished with a gain of 58 3/4 cents.

The US weather forecast has improved with hefty rain totals in the 5-day forecast models for the southern Plains, especially Oklahoma and the southeastern quadrant of Kansas. The 6 to 10 day forecast calls for above normal temperatures and normal to above normal precipitation for much of the Plains. Egypt is tendering for wheat with results expected today. The market has followed the other grains higher and questionable weather added to the positive tone. However, it looks like a little more normal weather could spark some selling pressure due to the extreme overbought condition of the market.

The hog market has seen volatile price action over the last few weeks with a clash of talk of good demand for pork in the US, but sluggish export news. If China backs away from aggressive imports of US pork, there will be more to absorb and this could pressure pork values. The USDA pork cutout, released after the close Friday, came in at $110.06, down $3.22 from $113.28 on Thursday and $110.80 the previous week. This was the lowest the cutout had been since April 14. June hogs closed sharply higher on the session Friday and near the highs.

While cocoa’s near-term demand concerns remain a front-and-center issue, the longer-term demand outlook should continue to improve as COVID vaccines receive more widespread distribution around the globe. If West African mid-crop production does not live up to early market expectations, cocoa should be able to extend a recovery move through the rest of April. July cocoa was able to bounce back from early and midsession pressure as it finished Friday’s trading session with a moderate gain and a third positive daily result in a row. For the week, however, July cocoa finished with a loss of 14 points (down 0.6%) which was a fifth negative weekly result over the past 6 weeks and was also a negative weekly reversal from last Tuesday’s 4 1/2 week high.

Coffee prices regained upside momentum late last week and are within striking distance of their highest levels since December 2019. With more evidence of a bullish supply outlook and stronger global risk sentiment, coffee is in good position to extend its April rally early this week. July coffee was able to extend Thursday’s upside breakout move as it reached a new 7 1/2 week high before finishing Friday’s trading session with a sizable gain. For the week, July coffee finished with a gain of 7.30 cents (up 5.6%) and a third positive weekly result in a row.

The new high for the move for December cotton early this week followed by a push lower could become a negative technical development if the market closes significantly lower. Friday’s rally pushed the market up to its highest level since March 8. Sharply higher prices for corn, wheat, and soybeans last week have finally put some upward pressure on cotton, which will be competing for acreage with those crops. The dollar closed sharply lower and down to its lowest level since March 2, which is also supportive to US export crops like cotton. On top of that, concern is building for the cotton crop in West Texas, where drought conditions continue. The Drought Monitor this week showed the drought steady to worse, and the 6-10 and 8-14 day forecasts call for below normal precipitation in the region.

While sugar prices ran out of near-term upside momentum late last week, they remain within striking distance of new multi-year highs. With an increasingly bullish Brazilian supply outlook providing support, sugar should finish the month by extending its April recovery move. July sugar avoided downside follow-through from Thursday’s negative key reversal and retested a contract high before finishing Friday’s trading session at unchanged levels. For the week, July sugar finished with a gain of 31 ticks (up 1.9%) and a third positive weekly result in a row.