Treasury prices exploded on the upside late last week as the markets were crossed up by initial and ongoing claims data that went in the opposite direction of those expectations calling for a decline. In other words, the week over week data showed an increase in jobless claims and a slightly smaller than expected decline in continuing claims. On the other hand bond prices rallied impressively despite improvement in the job cuts report and from some record high PMI-based readings. In retrospect, the ability to keep bond and note prices near 2-week highs in the wake of a massive US nonfarm payroll gain for the month of March last Friday highlights the residual stubbornness of the bull camp.

While the dollar index did not show a significant reaction to last Thursday’s countervailing flow of US schedule data, the index did fall back from its highs and the recovery currencies of the Swiss franc and euro showed noted gains. In other words, despite US scheduled jobs related data, the trade seemed to embrace PMI readings as a sign that the US economy was holding together. It is also possible that a decline in US interest rates and recent upticks in US infection counts prompted some with long dollar profits to exit.

Equity markets managed another series of new all-time highs last Thursday and managed than action despite mixed to slightly disappointing US jobs related data. However, the bull camp in stocks was cheered by the fact that rising interest rate trends might be temporarily reversed which in turn would leave the low interest rates for a long period of time condition in place. Global equity markets at the start of this week were higher with the exceptions the RTS index in Russia. The Easter Monday holiday throughout Europe restricted economic flow with the only 2 economic reports released were a Japanese services PMI reading for March which improved by 2 points above the prior month.

While gold and silver prices were slightly lower to start the new trading week, they remain near the recovery highs forged over the prior 2 trading sessions. Obviously, thin trading conditions because of the partial global holiday restricted ranges but the gold market should see some fundamental support flowing from news that India’s gold imports in March reached a record 160 tonnes, with retail interest recovering and stimulated by reduced taxes and gold prices nearly $300 below the early 2021 highs. In February, India cut import duties by 1.75% which combined with recent pricing at 12-month lows apparently stoked purchases last month. While the Indian March gold imports were up an astounding 471% versus year ago levels, the comparison to year ago readings is suspect given the pandemic demand destruction in place last March.

With the platinum market forging a 3-week early this week and diverging with the rest of the precious metal markets early on, the bull camp appears to have initial control. However, the rally off last week’s low of $64 was forged on very light trading volume and therefore early week action will be critical with respect to the level of trade interest at higher price levels. Unfortunately for the bull camp, platinum ETF holdings at the end of last week declined by a rather significant 9,271 ounces leaving the year-to-date gain at 1.9%. The net spec and fund long in platinum is also burdensome at 38,479 contracts especially with prices into the overnight high sitting $51 higher from the COT report mark off.

While it might appear to be a delayed reaction, copper prices should be benefiting from last week’s much stronger than expected US nonfarm payroll report as that provides a lift to non-Chinese copper demand prospects. It is also possible that focus on the US infrastructure package is adding to the lift early this week, as that subject dominated the weekend headlines flowing from Washington. During the US holiday closure last Friday, the Shanghai copper warehouse stocks posted a gain of 9,269 tons with a weekly gain of 4.9%.

On one hand, the energy market should see fresh demand orientated buying from a “risk on” environment emanating from strength in global equities early today. On the other hand, the market is sensing increased output from Iran, when the Iranian government negotiates with the US for a loosening of sanctions. In fact, Iran has increased output and exports already and it is well documented that the Russians and Libyans are also keen to expand their output. In addition to the “fear” of increased future supply, the markets are presented with evidence that OPEC increased its output by 300,000 barrels per day last month. In yet another negative force, a 7.8% week over week increase in global floating crude supply highlights some softening of energy demand in Asia. 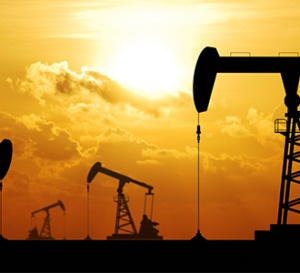 The soybean market looks to continue to see increased volatility as the planted area is so low for the new crop season that it will be difficult to avoid extreme tightness. The stocks report showed a little more supply than expected and this has triggered aggressive liquidation of the bull spreads. Palm oil closed slightly lower on Friday but managed to gain 1.3% for the week. After the limit up move on Wednesday, plenty of grain movement caused the cash market to fall as the producer and elevator cash sales increased. This may keep some pressure on the nearby contracts but new crop should continue to see active buying due to tight outlook.

While the nearby contract experienced reversal action, the fundamentals look very strong for new crop and breaks look like buying opportunities. July corn closed a couple of cents lower on the session Thursday after posting contract highs early in the day. This is a bearish technical development. December corn closed moderately higher on the session and the buying pushed the market up to new contract highs. While a dry outlook may have helped to pressure the market some late last week, the five day forecast has shifted to show 1 1/2 – 2 1/2 inches of rain for Iowa/southern Minnesota. In addition, 3/4 of an inch to 1 1/4 inches are in the forecast for southern Iowa and the northern half of Illinois. If April is dry, it could cause producers to plant extra corn acres.

July wheat closed lower on the session Thursday but well up from the midsession lows. The market held support on the break and bounced as the two week outlook for the central and southern Plains shows very little rainfall, and this may have helped support the bounce. However, the 8 to 14 day forecast model now shows above normal precipitation for the southern and western wheat belt.

The short-term supply/demand fundamentals remain supportive for the market with June hogs moving up to new contract high on Thursday. Traders see prices high enough to eventually expect an expansion in the US, and China is still an active buyer of US pork even though traders expect China to back away from the US market soon. The hog market closed moderately higher on the session Thursday with June hogs posting a new contract high. Continued strong export sales, a seasonal decline in slaughter and positive demand emerging from the reopening of the economy are all factors which have helped support. The USDA pork cutout on Friday came in at $108.44, up 88 cents from $107.56 on Thursday and $106.45 the previous week. This was the highest the cutout had been since March 24.

June cattle closed lower on the session Thursday after posting a contract high which is a bearish technical development. Talk of the overbought condition of the market and ideas that futures are holding a strong premium to the cash market were seen as factors to limit the buying. The USDA boxed beef cutout was up $2.02 at mid-session Friday and closed $2.88 higher at $252.85. This was up from $237.66 the previous week and was the highest the cutout had been since June 8.

The cocoa market has been weighed down during March and for much of the first quarter by ongoing concern over global near-term demand. As a new month and a new quarter begins, however, a more optimistic view that demand will eventually improve has helped cocoa prices to regain upside momentum. May cocoa built on early support and bounced back from a midsession pullback to finish Thursday’s trading session with a sizable gain. For the week, however, May cocoa finished with a loss of 66 points which was a fourth negative weekly result over the past 5 weeks.

While coffee went into the holiday weekend on a downbeat note, the market continues to find support from bullish supply-side developments. While near-term demand remains subdued, the longer-term outlook is positive which can help coffee hold its ground early this week. May coffee initially was able to follow-through on Wednesday’s positive reversal, but lost strength at midsession and went on to post a moderate loss for Thursday’s trading session. For the week, May coffee finished with a loss of 6.90 cents which was a fourth negative daily result over the past 5 weeks.

The technical action in cotton remains negative and the market looks vulnerable to remain in a short-term downtrend. However, the market is in an oversold condition, and the market still faces positive outside market forces. July cotton closed sharply lower on Thursday, after an outside day down the threatened to take out the previous week’s three-month low. Apparently, the market got spooked by the disappointing export sales report. The report showed US cotton export sales for the week ending March 25 coming in at 78,337 bales for the 2020/21 (current) marketing year and 41,380 for 2021/22 for a total of 119,757. This was down from 340,569 the previous week and was the lowest weekly total since October 8. The 2020/21 sales number was the lowest since August 8, the first week of the marketing year.

Sugar have received support from key outside markets over the past 2 1/2 weeks, but that has not been enough for prices to find their footing. Unless global markets find a “risk on” coming out of the holiday weekend, sugar prices are likely to remain on the defensive early this week. May sugar was unable to sustain early and midsession recovery moves as it finished Thursday’s trading session with a moderate loss. For the week, May sugar finished with a loss of 48 ticks which was a sixth negative weekly result in a row.

Learn more about the April 9 USDA report with Steve Freed’s written and video analysis as well as our USDA Report Infographic.