Projections are based on a survey of six analysts conducted by Bloomberg News on July 13-14.

Outlook for this year’s crop yield is up from previous forecast of 51.10 bu/acre, according to data issued by Planalytics on Thursday.

Outlook for this year’s crop yield is down from previous forecast of 176.60 bu/acre, according to data issued by Planalytics on Thursday.

Outlook for this year’s crop yield is up from previous forecast of 47.60 bu/acre, according to data issued by Planalytics on Thursday.

Many crops are currently behind their normal stage of development due to excess moisture, the province’s agriculture ministry says Thursday in a report.

Brazil says corn exports to China only possible from 2023 -paper

Brazilian corn may only be shipped to China next year because of demands made by Beijing regarding trade protocols being put in place, an agriculture ministry official was quoted as saying in Valor Economico newspaper on Thursday.

Jose Guilherme Leal, agriculture defense secretary at the ministry, said the Chinese requested the monitoring of some weeds and fungi in corn crops, calling it a common request in negotiations of sanitary agreements and protocols.

“The protocol provides for the need for monitoring and information on production,” Leal was quoted as saying in Valor. “As we did not monitor the current second corn crop, I reaffirm that exports will only be possible from the 2022/23 summer crop onwards,” he said.

The Brazilian agriculture ministry did not immediately respond to a request to comment on Leal’s remarks.

The secretary was quoted in Valor as saying Brazilian corn growers who want to export to China will have to conform and report the conditions of the crop and the control used to fight pests and diseases. Then the ministry will be able to certify shipments.

China said it would complete the signing of the quarantine agreement for imports of Brazilian corn, without providing an exact timeline. 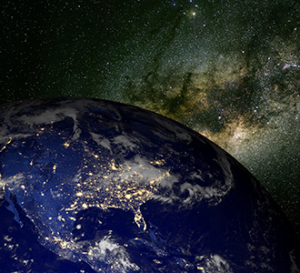 China will auction 500,000 tonnes of imported soybeans from its state reserves on July 22, the National Grain Trade Center said on Friday.

Beijing has been selling reserve soybeans regularly since March in an effort to boost supplies on the domestic market.

Like in many parts of the world, harvests underway in eastern Europe have suffered from a fertilizer crisis — and things could get worse.

That’s according to Hungarian producer Nitrogenmuvek Zrt, which sees grain yields falling 15% to 20% this year in a region that includes major European exporters Romania and Poland. Farmers have cut nutrient usage due to high prices and supply issues, at a time when dryness has also threatened crops.

Fertilizers have become more expensive as a rally in natural gas — a crucial feedstock — raised costs and cut output. Sanctions on Belarusian potash and China’s move to rein in shipments have added to the crunch. That in turn is threatening global crop supplies that have been strained by the war in the breadbasket nation of Ukraine.

There may not be much relief any time soon. Worries linger about a prolonged gas crunch in Europe, which would be bad news for nutrient production.

“The winter is going to be extreme, everyone in the industry is taking it for granted that there will be no gas supply,” said Zoltan Bige, Nitrogenmuvek’s chief strategy officer. Crop yields could fall further across Europe as the current season will be the first full one affected by the war, he said.

Another problem is that nitrogen-based fertilizers, the type favored in Europe, can’t be replaced with urea-based ones produced elsewhere, he said.

Hungary’s government last week said the country’s wheat crop may fall below 4 million tons, down about a third from the five-year average. If European farmers keep scrimping on fertilizers, that will threaten crops due to be planted in autumn for collection in 2023.

High gas prices pose a “critical” threat to the European fertilizer industry, industry group Fertilizers Europe said earlier this month. Nitrogenmuvek itself could use up its cash buffer in the next month and half.

“We will not have a reserve for a possible negative scenario such as a further increase in gas prices or potential unplanned maintenance,” Bige said.

Nitrogenmuvek is currently running at full capacity of around 4,000 tons a day, despite recent gains in gas prices, as it tries to make up for shortfalls caused by shutdowns earlier this year. Output this year will probably fall 10% even if the situation stays as it is.

The big question is how gas costs and supplies will impact fertilizer production later in the year.

“With gas prices as they have been in recent weeks, it would not even be worth producing,” Bige said.

Indonesia is limiting distribution of its subsidized fertilizers to 9 main food crops, including rice, corn, soybean and sugar cane, according to the Coordinating Ministry for Economic Affairs.

The trade ministry has issued permits to export 2.84 million tons of palm oil as of Friday morning, according to acting Director-General of Foreign Trade Veri Anggrijono by text messages.

Palm oil reserves in Indonesia jump about 18.5% m/m to 7.23 million tons in May following an temporary export ban on some palm oil products, the Indonesian palm oil association Gapki says in an emailed statement on Friday.

French Wheat Harvest Half Done, Well Ahead of 2021 Pace: AgriMer

The French soft-wheat harvest has reached the halfway mark, holding well ahead of last year’s pace, according to data posted Friday by FranceAgriMer.

Farmers in India, the world’s second-biggest rice grower, have planted the crop on 12.85 million hectares (31.8 million acres) of land as of July 15, a decline from 15.55 million a year earlier, according to the farm ministry.

The area allocated for sugarcane has fallen 0.7% to 5.33 million hectares so far this year, while cotton has been planted on 10.28 million hectares, up 6.4% from a year earlier, the ministry said Friday.

India’s June-September monsoon rains were 13% above average as of July 14, according to the India Meteorological Department. Sowing of monsoon-sown crops normally begins in late May and peaks in July, while harvesting starts in late September.